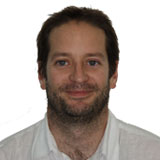 I started my research career at IFAE working in ATLAS for what at that time was the equivalent of the Master. After that I switch to the Astroparticle Physics field also at IFAE for my PhD (2004) in the MAGIC Collaboration. In both cases the detectors were being build and I participated actively in the designs, prototype verification, quality control and commissioning. The main physics subject of my thesis was the prospects to perform cosmological measurement with gamma-ray instruments like MAGIC. In 2005 I became a postdoctoral fellow at “Laboratoire de physique nucléaire et de hautes énergies” (Paris) where I worked in Pierre Auger Observatory located in Malargüe (Argentina). In 2009, I came back to IFAE and joined the gamma-ray group involved in both the MAGIC collaboration and the next generation of ground based gamma-ray telescopes: CTA. For the former, I am the Co-Spokesperson of the collaboration and for the latter I am the coordinator of the cameras for the largest telescopes.

I am interested on the instrument development for particle physics including astro particle physics. The final goal of this development if the understanding of the fundamental constitutes of the nature and how they link with the astrophysics sources and the evolution of the universe. For that, I have been working on observational fields looking to different messengers: neutrinos, cosmic rays and photons. They all are arriving to the Earth from astrophysical sources and bringing information from both the source them self and the universe they have crossed.