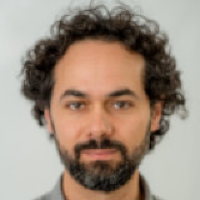 Diego Blas obtained his PhD in Physics in the University of Barcelona (Spain) in 2008. He was a postdoctoral researcher in the group of Prof. Shaposhnikov at the École Polytechnique Fédérale de Lausanne till 2011. After a short research period in New York University, he moved to the Theory Division of CERN as a fellow in early 2012. He became Staff Member of CERN in 2014, until 2018 when he moved to King’s College London as Senior Lecturer. Since July 2021, he is a Beatriz Galindo Distinguished Researcher at UAB.

The main research areas of Diego Blas are theoretical cosmology, gravitational physics and tests of physics beyond the standard model with astrophysical probes. He is currently working on searches for new physics (dark matter and gravitational waves in particular) with quantum devices and in the extreme environments of pulsars, novel ways to understand how cosmological observations can teach us more about dark matter properties and fundamental properties of quantum gravity.