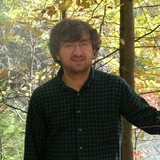 He is interested in physical phenomena in the areas of gravitation, relativistic astrophysics, and cosmology. In the last years he has focused in the emerging area of Gravitational Wave Astronomy, which consists in the detection and analysis of gravitational radiation emitted by cosmic sources (core collapse supernovae, compact binary coalescence, etc.). The group in which he works is involved in the instrumental development for the LISA PathFinder mission (ESA), a technology precursor mission for a future space-based gravitational-wave observatory, LISA, which will detect the gravitational radiation from low frequency sources like massive black hole mergers, inspiraling stellar compact objects into massive black holes, and galactic binaries. Observations by gravitational-wave observatories will provide very valuable information about the different astrophysical and cosmological sources. It is expected that these observations, by opening a completely new window to the exploration of the Universe, will lead to revolutionary discoveries in Astrophysics, Cosmology, and Fundamental Physics.