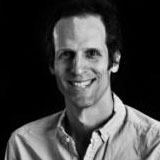 I completed my Masters of Science at the University of Buenos Aires in 1998 working on the measurement of the production cross section of direct photons at the D0 experiment (Fermilab, USA). Afterwards, I worked in Sweden as a member of the Astroparticle Group of the Royal Institute of Technology studying cosmic rays. Back with the University of Buenos Aires, I did my PhD (2003) measuring the properties of quarks in high energy collisions at D0. In 2003 I became a postdoctoral Fellow at Harvard University where I worked mainly at the CDF experiment (Fermilab) on top-quark physics and detector operations. In 2008 I joined the IFAE (Institut de Física d’Altes Energies) LHC-ATLAS experiment group as an ICREA Researcher. I am currently leading the ATLAS Detector upgrade effort at IFAE. In 2012 I became an ICREA Research Professor.

My research has been focused on high-energy experimental particle physics: understanding which are the fundamental constitutes of nature and how they interact. At the Fermilab Tevatron accelerator I have performed studies of QCD and the properties of the heaviest quark, the top quark. At the LHC (CERN) I am conducting searches for new physics in the top sector, which may play a special role in the mass generation mechanisms of elementary particles. I am also interested in detector R&D and challenges related with the next generation of high energy accelerators and detectors. Currently I lead a coordinated project between IMB-CNM and IFAE on the ATLAS pixel detector upgrade. As a result of this project, 3D pixel silicon sensors designed and produced at Barcelona have been included in the new innermost detector layer of the ATLAS experiment at the LHC. On going work aims to develop radiation hard technologies for the high luminosity LHC era.