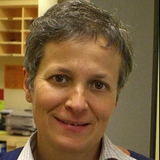 Dr. Hernanz specializes in the following fields of research

She has been and is project manager of several projects, with funding from Spanish National Research Programmes, participation (both as PI or co-I) in several bilateral and multilateral European projects (with France, Italy, Portugal, Russia…), and in projects with funding from the Catalan Government. She is PI and co-I of many approved proposals to XMM-Newton, Chandra, CGRO and INTEGRAL satellites. Co-I of feasibility studies of future gamma-ray missions (ESA, NASA). In addition she is member of XMM-Newton and INTEGRAL Time Allocation Committees as well as of various MEC (Spanish Ministry of Education and Science) evaluation panels.