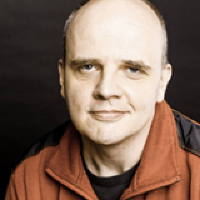 I started to study physics in 1996 at the University of Hamburg graduating 2001 about the measurement of the ion feedback in Time Projection Chambers (TPC) with Micro Pattern Gas Detector (MPGD) readouts. From 2001 to 2005 I worked at DESY Hamburg on my PhD thesis. The topic of my PhD thesis was the measurement of the beauty cross section in deep inelastic scattering with data from the H1 experiment and the development of a TPC prototype with MPGD readout to study its performance in a up to 5 T magnetic field. In June 2005 I joined the Neutrino group at IFAE as PostDoc and continued since then at IFAE.

I am currently the PI of the IFAE Neutrino group. In recent years, I worked on various Neutrino projects related to instrumentation. I was involved in a liquid argon dual phase time project chamber project for the next generation neutrino oscillation experiment DUNE. The technology concept was tested with a 700 tonne prototype built and operated at CERN. Since 2017, I have been involved in the near detector for the T2K long-baseline experiment. The T2K collaboration is upgrading its near detector which will also serve as the near detector of Hyper-Kamiokande. I am the co-leader of this project.