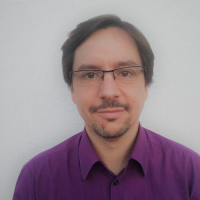 Pere Masjuan is an Associate Professor at the Physics Department at UAB, Theory Division Group, with a professorship generated by extraordinary research achievements (2021). He did his PhD at the UAB (2009) and then moved to Vienna University as an Marie Curie Early Stage Researcher (2009-2010). Later on, as a CPAN postdoctoral researcher he moved to Granada University (2010-2012) and to the Institue for Nuclear Physics at the Johannes-Gutenberg University of Mainz as a PRISMA Senior postdoctoral researcher (2012-2016). He was awarded with a Marie Curie Fellowship (2016) and a Marie Curie Beatriu de Pinós Fellowship (2017), to move to IFAE. In 2020 he was awarded with a research prize for Urban Challenges at the City of Barcelona related to COVID-19 expansion.

His research interests cover different aspects of the phenomenology of the Standard Model of Particle Physics, in particular aspects of Quantum Chromodynamics and its Large-Nc limit, Effective field theories, flavor physics, and heavy-quark physics. He has also worked on neutrino physics and he is also interested in LHC phenomenology, specially related to photon physics. His main expertise resides in the precise calculations of observables that challenge the low-energy frontier of the Standard Model, from quarks and gluons to hadrons and nuclei. Excited times are ahead of us, we shall not miss out on this chance.