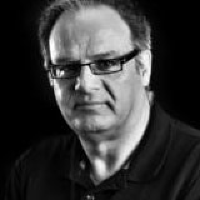 Born in 1962 in Gelida (Barcelona). Graduated in physics in 1985 at Universitat de Barcelona (UB). PhD in experimental high-energy physics in 1989 at Universitat Autònoma de Barcelona. Post-doctoral stay at CERN, Geneva (Switzerland) from 1991 to 1996, mostly working on the ALEPH experiment at the LEP accelerator. “Professor Titular” at UB 1997-2000. Moved to the Lawrence Berkeley National Laboratory, Berkeley (USA) as a Career Staff Scientist in 2001, where started a transition towards observational cosmology. Since 2006, ICREA Research Professor at Institut de Física d’Altes Energies (IFAE). Associate Director of IFAE from 2008 to 2014. Director since 2015. Working mostly on the “Dark Energy Survey” (DES), “Dark Energy Spectroscopic Instrument” (DESI), and IFAE-led “Physics of the Accelerated Universe” (PAU) projects. All of them try to shed light into the nature of the “dark energy” that is causing the current acceleration of the expansion of the Universe.

I am an experimental particle physicist trying to understand the ultimate building blocks of the Universe and their interactions, through both experiments involving particle accelerators and astronomical observations. Recently, my work has been mostly devoted to planning instruments and performing observations to try to unveil the nature of the so-called “dark-energy” component of the Universe, which accounts for about 70% of the matter-energy of the Universe, counters the attractive effect of gravity on all other forms of matter and energy, and drives the current accelerated expansion of the Universe.