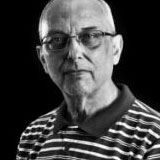 I am a particle theorist. This means that my research concerns the smallest particles that exist (e.g. quarks, leptons, photons, gluons and other gauge bosons) or might exist (e.g. Kaluza-Klein and string modes, etc.) as well as the Early Universe and its behavior (e.g. inflationary epoch, baryon generation, nucleosynthesis, large scale structure, etc.). The relevant theories must be contrasted with experimental data in particle accelerators and astrophysical observations. As for particle accelerators the Large Hadron Collider (LHC), now operating at CERN, is the world’s most powerful machine ever built and will provide an ultimate answer to many of the present open questions of particle physics. In 2012-2013 LHC found a Higgs-like boson weighing around 125 times the proton mass (with a statistical evidence of five standard deviations), which is an essential ingredient in the Standard Model and many beyond the Standard Model theories of electroweak interactions.